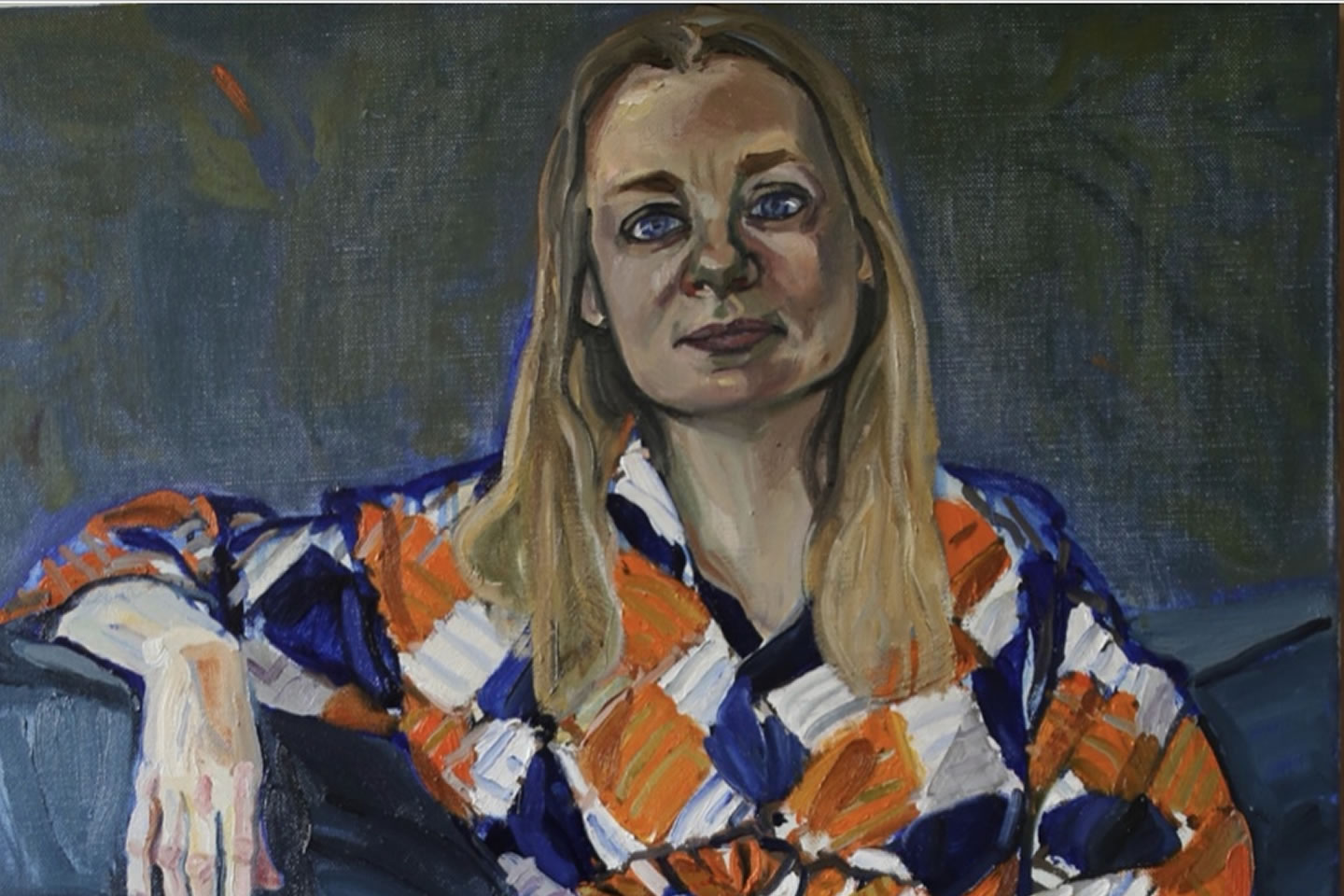 This portrait series is a record, among other things, of female collaboration. I could not have found so many interesting subjects without the help of women like Harriet Olsen, whose publishing house, Eiderdown Books, I had long been admiring on social media. Eiderdown specialises in books about female artists, written by female authors, and Harriet generously introduced me to a number of potential subjects from among her writers. She was also the first to sit for a portrait.

One of my aims in these paintings was to represent women in the places where they live and work. So my first meeting with Harriet began with a beautiful drive to Slindon, through Chillingfold and Petworth. It was high summer. My route took me past rural villages and typical English gardens, where Hollyhocks and Valerian were flourishing in the cracks of the brick walls. As I wound along the narrow roads, sometimes behind tractors and horseboxes, I had precious time to consider the project I was setting out on. It seemed like an ambitious task, and I always feel ambivalent stepping into the unknown; but I was excited to paint some impressive women.

When I met Harriet, I was struck by her blue eyes and square jawline, features that seemed to express her confident, enthusiastic character. I knew straight away these were the details I wanted to emphasise. She was wearing a beautiful patterned Kimmy Telford dress, championing a female designer, and she chose to sit on a plush, grey-blue sofa. Behind her a floral print ranged over the dark teal wallpaper. The dress stood out wonderfully against the sofa, and I could see this contrast working well in a painting. I placed a feather on the cushion beside her to symbolise Eiderdown’s mission: highlighting the talented women who have been concealed from history like feathers stuffed into a quilt.

Meanwhile, Harriet’s husband was busy cooking up a storm in the kitchen behind us, so the soundtrack for our sitting was a symphony of rattling, mixing, banging, whizzing and sizzling. I’m happy to report this resulted in an impressive lunch.

Back in my studio, I started work on the portrait using the drawings and photographs from the first sitting. After softening the stark white of the canvas with a Payne’s grey acrylic wash, I projected the most successful drawing onto it, allowing me to judge how best the subject can occupy the pictorial space. This is the point where the discrepancies in how I have drawn the body’s proportions become glaringly obvious. I almost always draw the head too large. But over time I’ve learned that it’s better to embrace the awkwardness of my first response to the sitter than to make adjustments afterwards.

What really matters at this stage is finding the right relationship between the figure and the constraints of the canvas: deciding what needs to be cropped, and how the edges and corners can be activated to strengthen the composition. Already with this first portrait, I saw the challenges I would face with the 120 x 70cm canvases I was going to use for the series. Since I don’t direct my sitters in any way, I would have to make each subject’s pose work within this format. In particular, there would be a tension between including the sitter’s entire body and rendering the head near life-sized.

When I outlined Harriet’s figure in ultramarine blue, it filled the length of the canvas. Ideally there would have been more space at the bottom to emphasise the intimate detail of her foot suspended just above the floor, but I didn’t want to compromise on the scale of the body.

Next I painted the patterned dress, trying not to be too precious, and enjoying the little abstract compositions that resulted. I have no desire to copy patterns meticulously, because I want my paintings to feel energetic and spontaneous. My goal is to represent them in a way that captures the overall impression, while also being enjoyable for me to paint. I like to get lost in these passages, exploring the shapes, contrasts, lines and colour combinations.

It was a full five months until Harriet came to my studio for the second sitting, wearing her Kimmy Telford dress again. Such a long break between sittings is far from ideal, not least because the passage of time can change the person you are trying to capture, but such compromises are part of portraiture, which is a collaboration of sorts between artist and subject.

In this case the biggest problem turned out to be light. It is totally different to paint someone on a bright summer’s day, and then again in midwinter when the outside world is bleak, the heaters are blasting, and you have to rely on artificial lighting. I tried several arrangements with lamps, bringing out the shapes and contrasts in Harriet’s face, but as I painted I found myself struggling against a cold, harsh tone that felt alien to the image.

I was chasing Harriet’s likeness, trying to capture that enigmatic quality which signifies an individual’s unique presence. She slipped continually out of my grasp, emerging on the canvas only to vanish again, leaving me clutching at thin air. I thought of James Lord writing about his sitting for Giacometti: how the likeness came and went, how the artist couldn’t bring himself to stop painting, and the patience this required of the sitter.

By the time Harriet left I still wasn’t happy with my progress, and didn’t want to show her. I was at the truly agonising stage of the painting now, the stage where the doubts creep in, first as a trickle and then as a flood: doubts about my style and technique, doubts about my place in this genre where there are such excellent painters, doubts about what the subject will think of my interpretation. Not every painting enters this stage – sometimes I am blessed – but many do.

I sanded down Harriet’s face on the canvas, leaving a ghost image, and left the painting to simmer. I needed distance from it, to sever that sense of attachment which can prevent me from making the bold changes needed. Still, I couldn’t keep the unfinished painting out of my mind for long: it tussled with me as I was watering the plants, walking the dog, frying onions, cleaning the bathroom. All the while I was fighting those swirling doubts by keeping my eyes on the lane in front of me: trust your process.

Returning to the portrait, I found that the landscape of Harriet’s face had become familiar to me, and I could paint without inhibitions. This is always an inflection point in the process, a breakthrough of sorts. It didn’t mean a successful conclusion was guaranteed, though, and Philip Guston’s remarks were never far from my mind: “I work and rework relentlessly until everything falls into place. Sometimes it never does.”

Whenever I left the studio in the evening feeling despondent, I reminded myself the next morning would bring new vigour and optimism, fresh eyes and fresh ideas. I looked forward to the softness of the early morning atmosphere and the orange glow under the studio lights, the smell of linseed oil and thinners lingering from the last session, the brushes waiting for me after I have religiously washed them the previous evening.

Faure’s Requiem was my music choice on the day I finished Harriet’s portrait. This wonderful, uplifting symphony always takes me back to my years at Massachusetts College of Art, where another student introduced me to it. There are few pieces of music that so reliably create the focused but meditative state of mind conducive to painting.

I set about replacing the fussy and indecisive aspects of the portrait with bold, confident strokes, stopping when it felt right to do so. It was recognisably Harriet, but more importantly, the brush marks were lying in the right place, saying what I wanted them to say. The eyes were especially satisfying: Harriet’s luminous gaze, piercing yet relaxed. 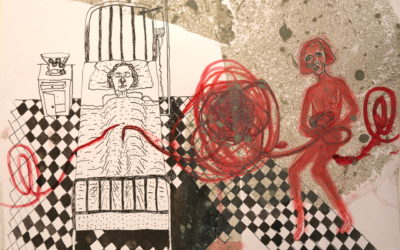 Often the most profound experiences in an artist’s life are also the most difficult to represent artistically. It is only with the passage of time and a change in perspective that they can be... 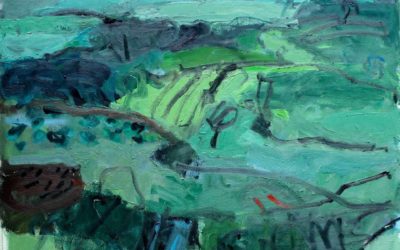 In the footsteps of Soutine

Next week, I will be leading a group of artists at a workshop in Céret, a town in the foothills of the French Pyrenees. I have been visiting Céret for 16 years, and continue to find it very... 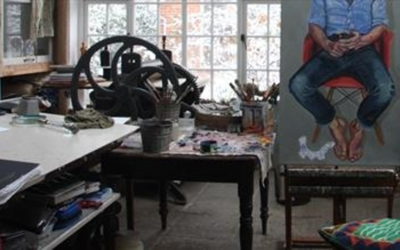 Motivation is a difficult subject, because it is so personal and varies greatly from artist to artist. Needless to say, there is no perfect regime or guaranteed recipe for productivity, and this is...